Home > About Us
The Market Street Mission cares for immediate needs today and long-term needs for a stable, independent tomorrow.

Our mission at Market Street is to surround our homeless, hungry and those struggling with addiction with God’s love and everything they need to get back on their feet – food and shelter, counseling and job training, spiritual guidance and Bible study – to live stable, productive lives in our community.

Our vision is to empower hurting people to rebuild their lives through the power of Jesus Christ. With His love guiding them, and with a strong community of believers surrounding them, we believe they will claim victory over their struggles.

Our mission at Market Street is to surround our homeless, hungry and those struggling with addiction with God’s love and everything they need to get back on their feet – food and shelter, counseling and job training, spiritual guidance and Bible study – to live stable, productive lives in our community.

Our vision is to empower hurting people to rebuild their lives through the power of Jesus Christ. With His love guiding them, and with a strong community of believers surrounding them, we believe they will claim victory over their struggles.

Many of the men, women and children who come here need immediate care, like food, a bed or a new pair of shoes. We offer them help for today with hot meals and stays in our shelter, as well as clothing, showers and other critical needs to help them get back on their feet.

OUR WORK FOR TOMORROW

Our hearts break for the many men who are struggling with an addiction, chronic homelessness, unemployment and mental illness. We offer them help for tomorrow with our Life Change Program, our free, long-term residential addiction treatment program that is designed to offer a “hand up” rather than a “hand out.” Through the healing they experience in classes, counseling, work therapy and Bible study, they can return to independent, stable lives as victors in Christ over their struggles. 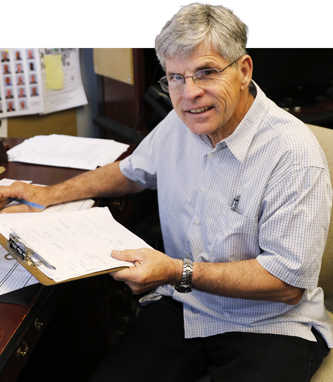 Welcome to Market Street Mission! I’m glad you’ve taken some time to learn more about our ministry to Northern New Jersey – and I hope you’ll visit again soon to stay updated on the hurting lives that are being radically transformed by God’s grace here every day.

Since 1889, the Mission has been a refuge for those facing poverty, homelessness and addiction. In fact, it was a visionary woman who, together with her husband, saw the great need for a free residential program for men struggling with alcohol. To help, they opened the doors at 9 Market Street – and the Mission has been serving those in need ever since.

Today, over 130 years later, our residential program and many other services are still offered freely to anyone who comes here seeking the help to overcome huge challenges in their lives and find the hope for a brighter future.

On the pages of this website, you’ll find all the information you’ll need to get to know us better, whether you’re someone looking for a hot meal, or someone looking for a way to serve others in need through service as a volunteer or by donating to the Mission. As you have questions about our programs or service opportunities, I invite you to reach out to our staff using our contact page.

On behalf of our staff, and all the local men, women and children being served here at the Mission daily, I want to thank you for your prayers, your support and your encouragement of this ministry.

Respect the dignity of each individual.
•
Be channels of God’s reconciliation in this world.
•
Strive for excellence in all that we do.
•
Be good stewards of God’s resources.
•
Function in a biblically ethical manner.
•
Conduct ourselves with integrity in each relationship.
•
Seek, above all, Christ’s preeminence in all things. 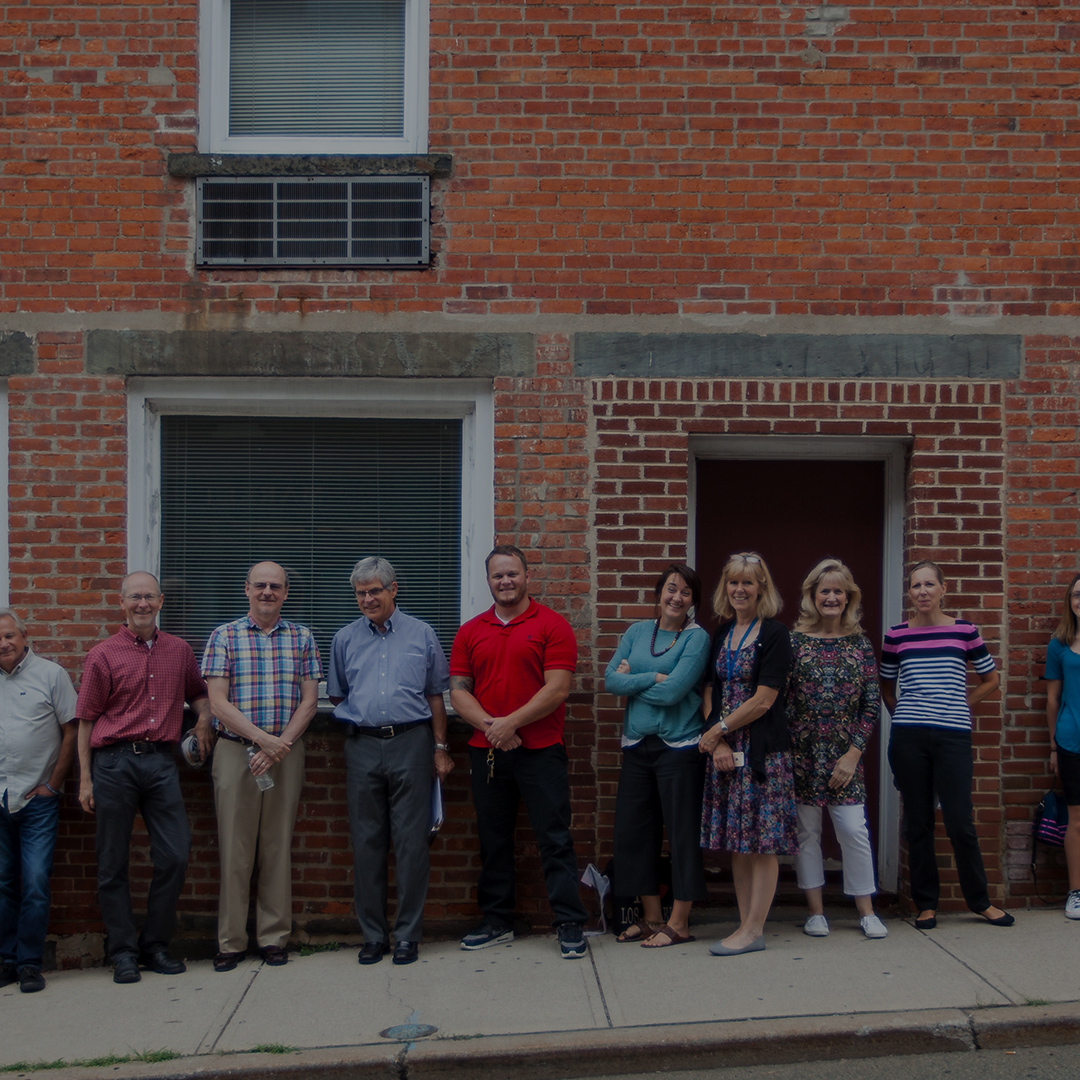 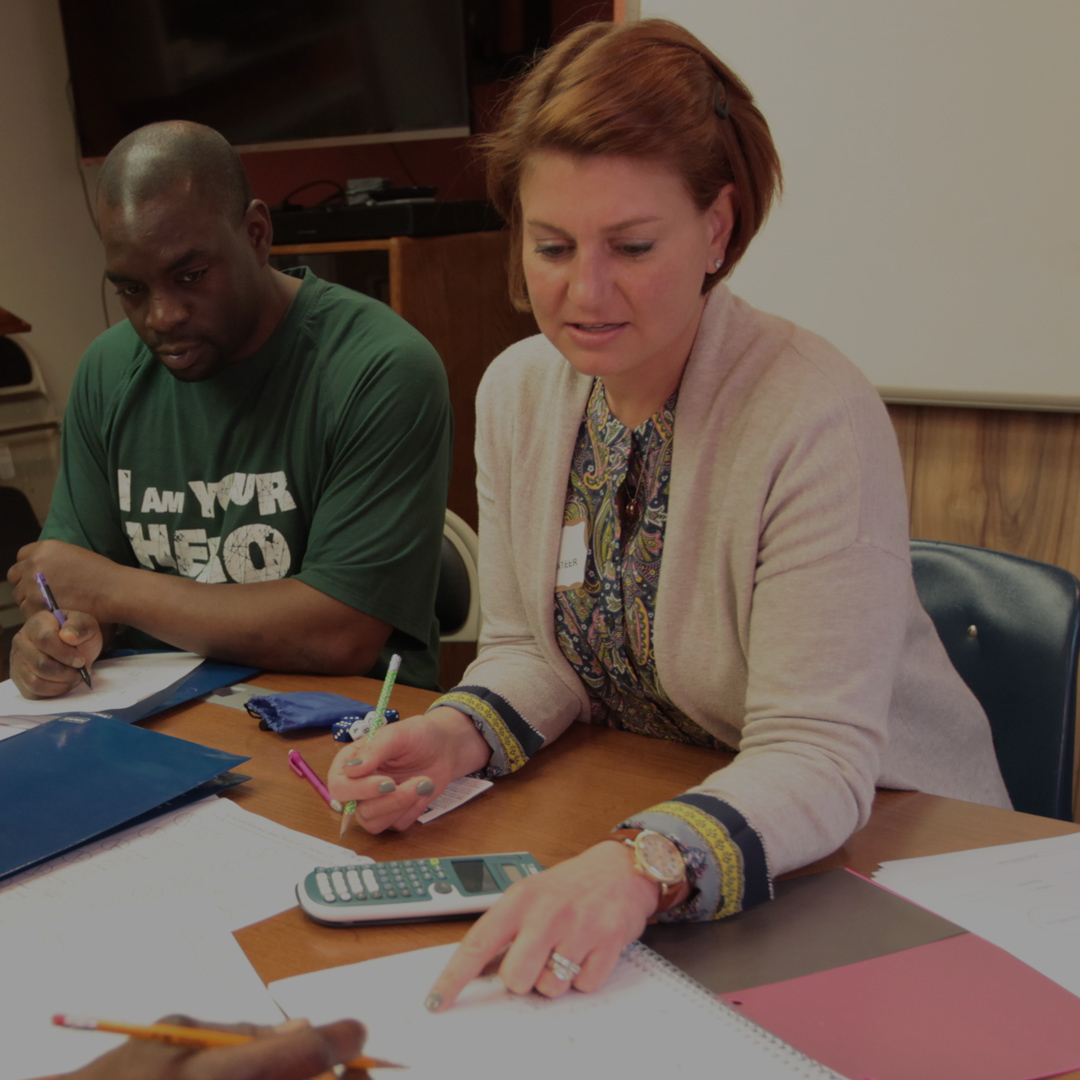 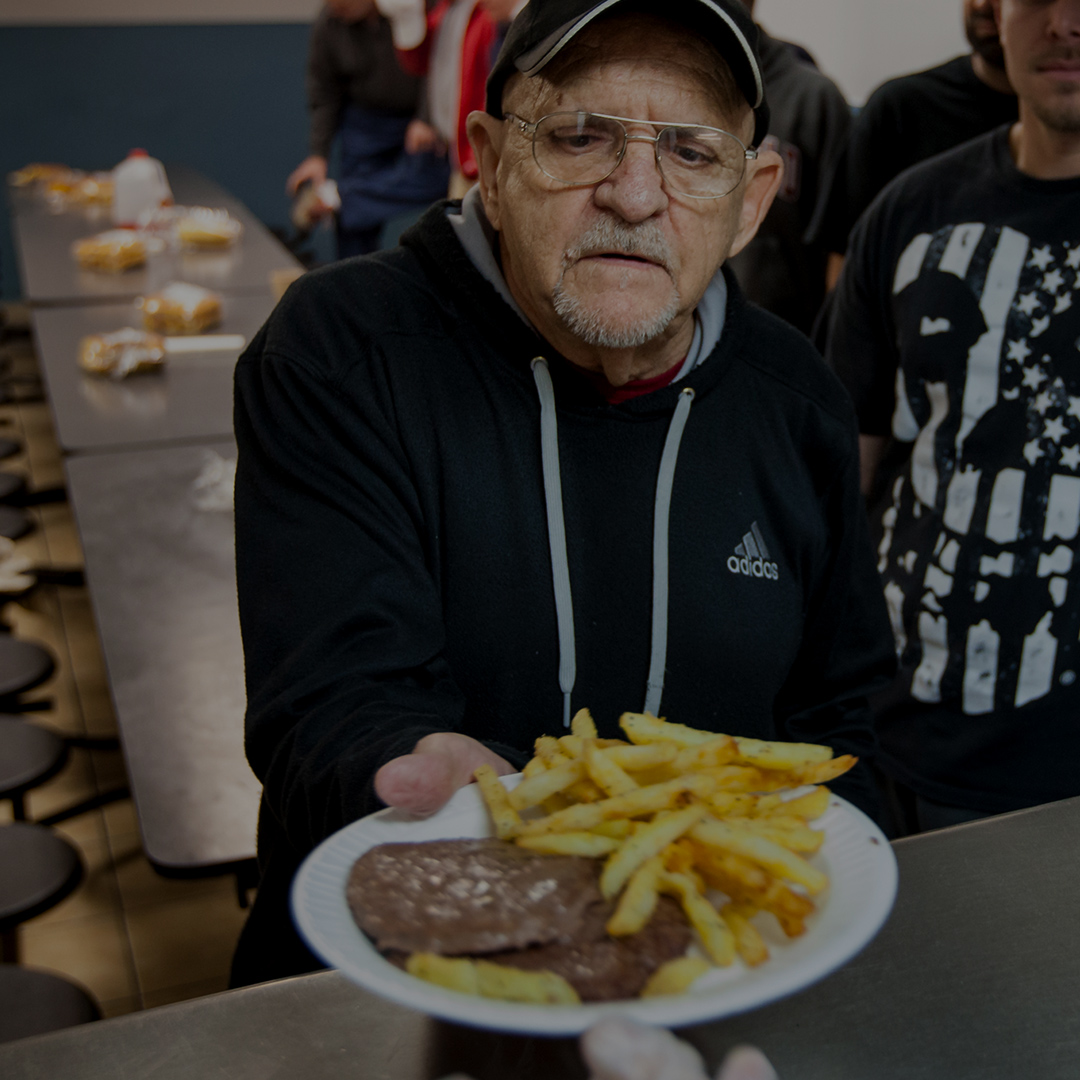 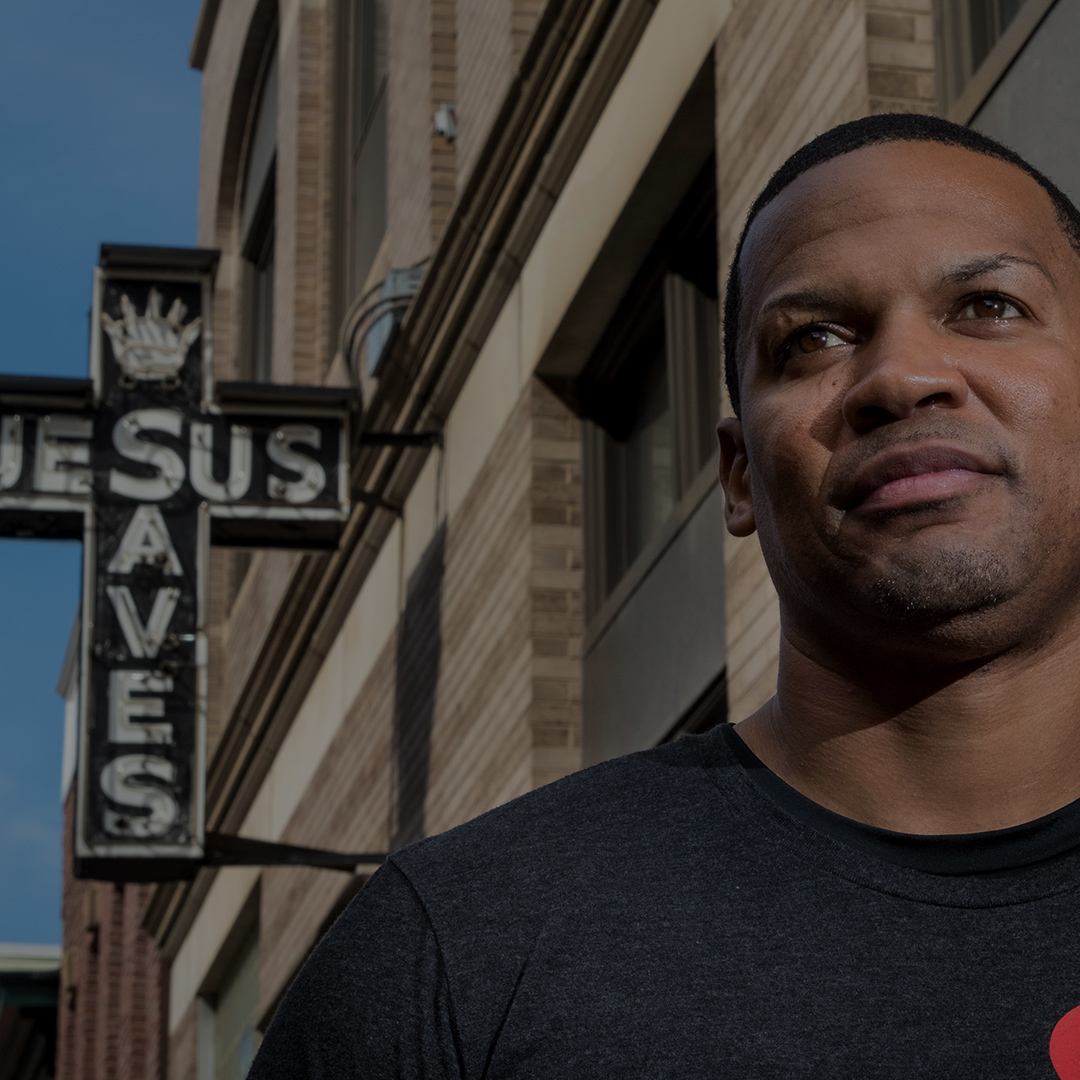 OUR HISTORY OF HELPING

Since 1889, the Market Street Mission has been helping deliver people from actual or impending calamity by using the good news of Christ.

Mrs. Louisa Graves Owen, the wife of Rev. Dr. F.W. Owen, had been holding women’s Bible study classes in her home. When she realized that almost all the husbands of the wives in her classes were alcoholics, she and her husband rented the building at 9 Market Street to set up a residential program for alcoholic men. At that time, Market Street was known as Rum Alley or Rum Lane because of all the bars and saloons on the street.

For the next five years until his death, he testified almost nightly that God had saved him from “rum, beer, cider, and opium.”

In its early years the Mission held day and night meetings for men, women, and children.
These meetings were the central events of the Mission. But other programs included two ice water fountains, jail ministry, family visits, and children’s activities.

In November of 1892, the Mission added a reading room which was open to all.
Beginning in 1897, men could come to the Market Street Mission to find temporary work at the wood yard. The Mission gave away little in the way of meals and lodgings; men worked for their room and board. If a man drank, he could be paid on orders to a local merchant so that his family could benefit from his earnings.

A Gospel Wagon (a two-horse truck), added in 1898, facilitated outdoor meetings which were held all over Morris County. Total attendance at meetings in 1898 was 31,820.

On February 2, 1898, a fire destroyed the Mission’s rented quarters. They set up temporary quarters across the street, however, and did not miss one meeting. The Mission then built a new building on the original site, which was opened on November 21, 1898.

A Christ-centered message and hard work have always been central components of the Market Street Mission’s recovery programs.

Another important aspect of our service to the community is to respond to the needs of the people. During 1926, a series of explosions at the Picatinny Arsenal left many families without shelter or clothing. The Market Street Mission helped provide shelter and care for those displaced after that disaster.

During the Great Depression, the Mission responded to the overwhelming needs of the people in and around Morristown by greatly expanding the services it provided. The following chart shows the dramatic increase in employment, lodging, and meals that the Mission provided during the early years following the Depression:

The Industrial Department (now known as the Thrift Store) was added in the 1930’s. Just as is the case today, household articles and clothing were picked up then sold in the Thrift Store. The operation was so successful that it became self-supporting within two months. It also provided much-needed jobs during a time of unprecedented unemployment.

The Mission officially ended its affiliation with the Presbyterian Church in 1933. In 1971, the George Street building, which now houses the Thrift Store, was opened to house the Industrial Department. During the 1970’s, the Mission became home to the Morris County Social Detoxification Center for men and women, and also hosted a coffee house called One Way Coffee House where young people could come for food, coffee, and informal counseling on Friday and Saturday nights.
Over the years, the men in our program have gotten younger: the average age of a resident in 1965 was 55, 45 in 1975 and in the late 20’s or early 30’s today.

Our men’s recovery program curriculum remained the same for almost 100 years. Over the last few decades, however, we have added new alcohol and drug treatment strategies to our residential recovery program. Today, our program targets whole life recovery, addressing the spiritual, physical and emotional needs of our guests. This holistic approach has led to greater long-term success for our graduates.

In 1994, extensive renovations to the building at 9 Market Street were made. However, problems of space continued to compromise the Mission’s programs.

In 2001, the Mission opened a new facility at 10 Bank Street to accommodate our expanding services. It now houses the Career Education Center, additional counseling offices, a recreation & exercise floor, a kitchen pantry facility, a shelter for transitional guests and the Mission’s administrative offices.

In 2017 we renovated once again and opened an outpatient counseling center available to the community at large.

In 2021, the Mission expanded its ministry to a new Sussex County location, opening a 14-bed hospitality room with meals for homeless men in Newton.